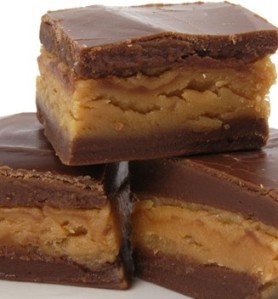 Recently in my college English class, the instructor gave us an assignment: write an explanation of who Psyche is in mythology and turn it in for extra credit.  Since mythology and extra credit are like the chocolate and peanut butter of the academic world, I availed myself of the opportunity.

After surveying my handiwork, I realized the content would be a pretty good fit for this blog.  My current fiction projects draw inspiration from mythology in general–Chinese and Norse mythology in particular.  Exploring the timeless tales of heroes and gods seems like a good use of Writer Time™.

After all, what would these ancient stories be without the realms of perilous wonder in which they take place?

Just sit right back and you’ll hear a tale, a tale from an ancient myth…

The Tale of Psyche and Cupid

In mythology, Psyche is a mortal girl of such tremendous beauty that the goddess, Venus, grows jealous of her. Venus turns to her son, Cupid, for aid.

“I need you to use your arrows so I can totally make Psyche fall in love with a vile creature or a monster or something,” she commands.

“You do unless you want to go to bed without any supper.”

When night falls, Cupid sneaks into Psyche’s room like an invisible ninja of love. She awakens and startles him, causing him to poke himself with one of his own arrows.

“Ouch, that really smarts.” Cupid looks at Psyche. “Wow, what a babe! I love her and stuff.”

Cupid returns to Venus to report his failure.

“I am enraged,” Venus shouts, spittle flying from her lips. “I curse Psyche so that she will never meet a suitable husband, such is my rage.”

“Oh, yeah?”  Cupid stamps his foot. “Then I’m not going to shoot my arrows anymore.”

“No one is falling in love, and the world is failing to meet its annual quota of new mortals,” Venus complains. “Please shoot people with arrows again.”

“I will if Psyche and I can go to the prom,” Cupid says.

And so, everyone resumes falling in love and rolling new mortals off the production line.

After the west wind, Zephyrus, carries Psyche to a grand palace, she marries Cupid, who does not reveal his true nature to her.  She returns to her elder sisters.  They are jealous of the love she has found, so beautiful and pure, and decide to craft a vile deception.

“Did you know your husband is really an awful serpent that is going to eat you and your unborn child?” they ask her. “You should stab him with a knife.”

“An awful serpent, you say?”  Psyche grimaces.  “Of course I will stab him.”

That night, Psyche waits until her husband is asleep. She accidentally pokes herself with one of his arrows.

“Ouch, that really smarts.” She realizes Cupid’s true nature at last. “What a hunk! I love him and stuff.”

Cupid, resentful of her attempt to stab him, flies away and leaves her in misery. Psyche tricks her sisters into jumping off a mountain–which does not go well for them–but even that fails to cheer her up.

Her search for Cupid leads her to a temple of Venus, who sets before her an array of impossible tasks. Psyche thwarts Venus’ plans with the help of an ant, a river-god, and an eagle.

So an ant, a river-god, and an eagle walk into a bar…

Venus becomes furious. “Go to the Underworld and bring back a box of some of Proserpina’s beauty,” she demands of Psyche.  “I require it for a new nightly regimen.”

image via Just Be Magazine

“Dammit, Psyche…I’m a goddess, not a salad!”

As Psyche prepares to enter the Underworld by flinging herself to her doom, a talking tower gives her some useful advice that enables her to retrieve the box and escape. She opens the box, thinking to use some of that sweet Underworldly beauty for herself, but instead unleashes an infernal sleep that overcomes her.

Cupid appears at Psyche’s side in an explosion of little hearts and ribbons. “I forgive you for trying to stab me with a knife.”

After awakening her, he flies to Mount Olympus to seek an audience with the god, Jupiter.

“Help me, Obi-Wan Jupiter…you’re my only hope,” Cupid begs.

Jupiter convenes a council of the gods.

“Cupid and Psyche are to be married, for real this time,” Jupiter says. “Bring Psyche here.” 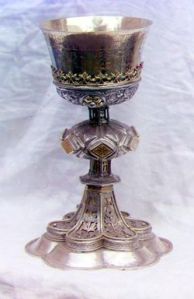 “Drink this.” Jupiter hands her a cup. “It has a full-bodied flavor, kinda fruity and not too mellow.  Oh, and it will make you immortal.”

After Psyche becomes a goddess, she and Venus reconcile their differences.

“I grudgingly forgive you,” Psyche says.

“I grudgingly forgive you, too.”

But Venus probably has her fingers crossed behind her back…

I have no idea what this story has to do with that deceptive sequence of events where someone offers to shake your hand, and when you reach out to accept, they quickly take their hand away to smooth back their hair and exclaim, “Psyche!”

But maybe that was simply the product of the time and place where I grew up.

So is this not a tale worthy of a movie starring Johnny Depp and directed by Tim Burton?  Do you have a favorite myth or fairy tale you’d like to share?  And what did you have for breakfast this morning?

49 thoughts on “There’s Something a Myth: Psyche and Cupid”